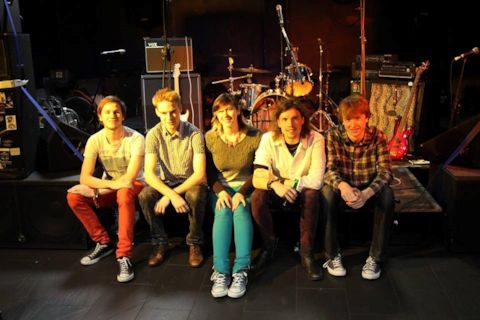 The band originate from Reading, where they met at university, starting out as a 3-piece alternative/punk band, and finally becoming a full 5-piece band early in 2014. Their eponymous debut EP was recorded in a friend’s bedroom and is available to download, or to hold on beautiful physical CDs. The band has been known to give out homemade badges at their gigs, in a push to keep band badges alive.

Most of their live performances have been in and around the local area, but they are looking to branch out to more venues across the south of England. Their music is energetic, catchy and most importantly, as lead singer Kat Hooper puts it, “will make you want to rush like a toothbrush, whatever that means”.