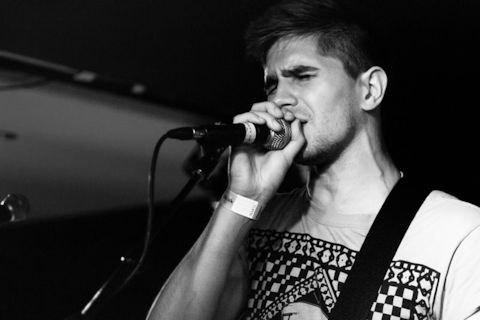 Coming from three different countries with tradition in Heavy Metal, Norway, Brazil and Greece, singer/guitarist Alex Akselberg, drummer Bruno Tolosa and bassist Marios Kalantzakis met in London in 2012 while trying to make a living. After (quite) a few drinks in one evening in the City they decided to jam.

From an unusual clash of styles from each musician- e.g. Stoner Rock, Hard Rock and Death Metal- the trio stumbled upon an interesting and experimental chemistry that had absolutely no limits. And then, ladies and gentlemen, ELBRÅNO was born.

In Spring 2014 their first debut was released, the EP called Under The Arches. This was recorded at Rogue Studios with Alessio Garavello front man of the rock band A New Tomorrow; Richard Pilikington produced the song Paradox that was recorded in 2013 at Soho Sonic Studios.

We welcome you into our circle and would love to see you soon!