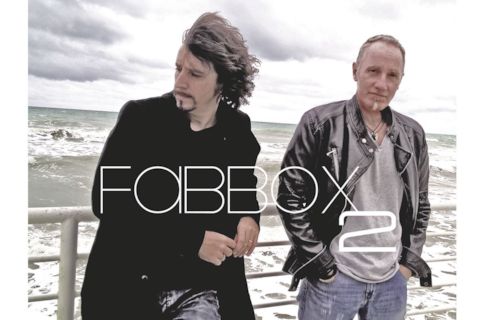 After six years from their debut album “Music from the Fab Box”, Fab Box are back on track with a new work released by Italian label Art Media Music.

“Two” is an attempt for Fab Box to further characterize their sound towards a more rocking attitude, without giving up to the richness of atmospheres and influences that marked their music in such a peculiar way.

The result is a pleasantly varied album, with instant radio appeal songs as “Unconditional” and “Test of Time”, 80’s flavour rockers (”Something is coming your way“ , ”Heaven on Earth”, “Starting up a fire”) and some more intimistic ballads (”Freedom”, “Kathy” e “It’s not the end”).