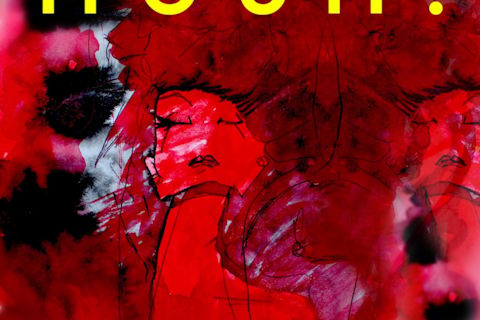 H U S H ! are a British dream pop/shoegaze band from Bridport, Dorset who currently reside in London. They are ostensibly a bedroom project, locked away in their DIY studio and churning out singles which are massive hits on giant alt.pop planets far, far away. ‘Teenage Weekends’ / ‘Fade Into You’ is one such single, a classic double AA-side effort fronted up by the sumptuously melancholic breeziness of ‘Teenage Weekends’, all gently spiked guitars and instant nostalgia, and backed up by a tremblingly fitting cover of Mazzy Star’s ‘Fade Into You’, originally released in 1994. Unsurprisingly then H U S H ! themselves reckon that their sound isn’t too far from the classic likes of The Durutti Column, The Cure, New Order, The Cocteau Twins and Echo & The Bunnymen as well as modern sonic troopers Twin Shadow and Beach House. Or, in their own words:“There’s grand and atmospheric shoegaze texture fastened to a pumping rhythm section of analogue drum machines and synthesizers. H U S H ! have an undeniable ‘80s influence running through the root of their material but incorporate an ethereal, contemporary and melancholic approach to their song writing which unravels into a majestic compilation of rhythm and melody. H U S H! have a very deep pop mentality and simmering brightness, coloured by dark and brooding lyrics.”

They have form as well, do H U S H !: ‘There’s Something In The Stars Tonight’ was the first song the band released free online, and it received glowing endorsements from across the globe. The second single released free online titled 'Cruel' was voted as MPFree of the day on the Lauren Laverne BBC6Music show, and they have numerous BBC Introducing plays to their name. H U S H ! hereby become the fourth release as part of fierce panda’s 2016 singles club, in which the lankily lonesome indie label releases 12 digital singles by 12 brrrrrrand new bands throughout the year, which as all statisticians know equates to one single a month. H U S H ! follow in the