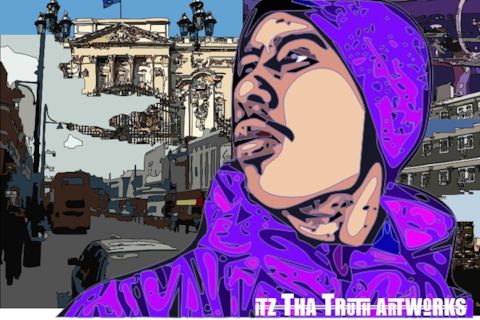 Itz Tha Truth is a multi-talented artist who has featured in various films including 'The Hooligan Factory and Demons Never die. He has been composing beats since 2003 but has been performing live since the age of 5, during his time in the church choir. He formed his group Ruffsyde in 2001 which is now known as Ruffsyde Proz. Itz Tha Truth has done market trading, eCommerce , administration, finance, poetry, youth work, mentoring in schools, worked as a teaching assistant and use to be a part of a steel band back at school. Itz Tha Truth is also a Graphic Designer as well as a musician. Look out for 'Ambitious Minds Refuse to Decline' T-shirts