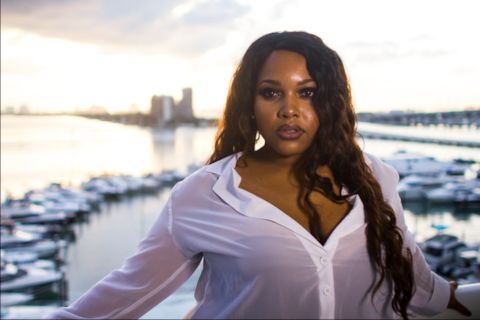 Kina Monic is an American singer born and raised in Miami, FL. From childhood, she has always had an interest in music. She would spend all her time watching music videos and spent her allowances on cassette tapes and CD's from her favorite artists. Her earliest vocal influence was by Mariah Carey. As she grew up, she also began to study Patti Labelle, Brandy, and Beyonce for their techniques and stage presence. She began singing and dancing as a young child, thinking nothing of the natural ability to perform both. At 13, she began to write songs to instrumentals of her favorite artists of the 90's. In high school she joined the marching band and realized she was destined to be a performer. Her first project "Lessons of Love", was released in 2015.https://soundcloud.com/user-748298808/sets/love-lessons-mixtape A mixtape that describes the many circumstances a woman faces in a love gone good or bad. The style of writing reflects back to the in your face lyrics of Destiny's Child in the late 90's and early 2000's.