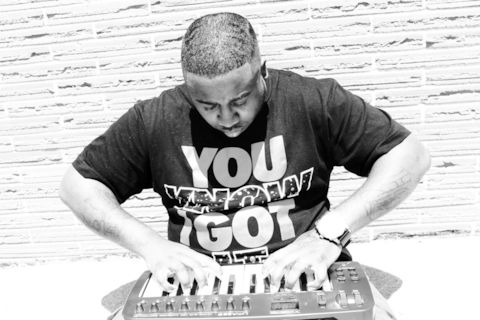 Considering his roots and upbringing, it is no wonder that MikeBeatz has become a music producing sensation. His love for music has driven his decision to pursue his passion.

The Missouri native formally known as MikeBeatz was born Michael Edward Roland on November 25, 1984. Music has always been a constant for the young man who would get his start early when his uncle began teaching him the basics of urban hip-hop, drum patterns, and sounds. Inspired by the many likes of Timberland, Ryan Leslie, Dr. Dre and Manny Fresh, MikeBeatz was driven to showcase his talent.

MikeBeatz name does just that, it speaks! Receiving Compilation Album Distribution and International In-Store/Overhead radio with the new single "Nobody Perfect”. In 2015 Mikebeatsz has begun working with L.Boogie on his newest album “Truth Untold”. In 2016 he went on to working with Ducci Sin’s new single, “What We Do”. Taking the industry by storm and destined to pave his own way. Earlier in 2017 Mikebeatz released a new music beat app available on android and apple stores that can provide quick access to stream beats, creatively write and purchase beats all at your fingertips.

MikeBeatz is now gearing up to aid in the release of Evi Da Prince’s new projects.

In the midst of music management MikeBeatz continues to create the illest music that will sure to unite people across any race, nationality, and geographic.