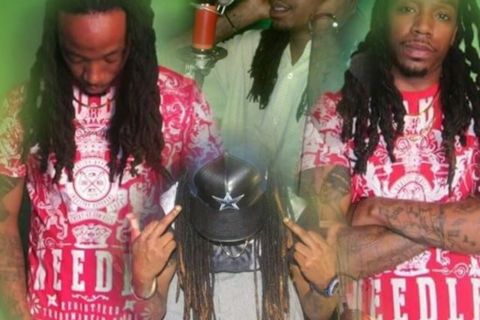 Born and bred from the streets of Toledo, Ohio, entered into the game in 2003 Majic Juan......

With the love and hustle of Glass City running through his veins, Majic Juan is eager to follow in the footsteps of many music legends that paved his way. His recent link deal with Aone Rush Records looks to be a great step in the right direction, music was always in his future.

Majic learened at an early age that drugs and money could make you, or break you. With his father murdered at an early age and mother raising two other children on her own, Majic Juan spent a lot of time with his Grandmother on the westside of Toledo for a fresh start. For years, Majic played around with music and home studios and always enjoyed making up his own words and slang.

In attempt to escape the gangs of the neighborhood, and selling drugs, Majic Joined a local music group called the faculty with five other members, and started recording out a friends basement, under the artist named Famous. After the murder of one of the members brother, the group activity and recording took a halt and each member went their separate ways. Majic Juan then started his solo career after attending a very known club in Toledo, Ohio called the top shelf, after entering an open mic contest and winning the crowd over Majic Juan started to believe in his craft and started working on his solo project in Austin, Texas after vacating Toledo, Ohio in 2003 due to gang violence, his mother and grandmother agreed to send Majic Juan to stay with his aunt in Austin, Texas the birthplace of his mother and grandmother. After returning to Ohio in 2004 Majic Juan picked up a very trending style of music very known in the southern region, as throwed music, and screw music founded by the legendary D.J Screw of Houston Texas. Majic Juan completed his first solo project once he settled back in Toledo, Ohio called He Wood Be The Best, the project was a success