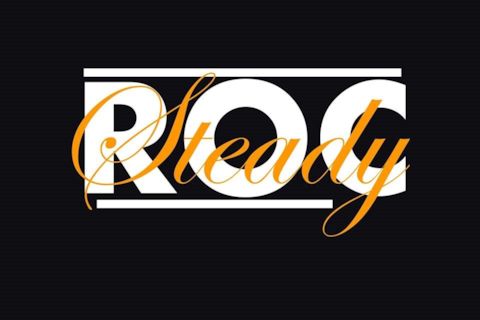 Anthony (Roc-Steady) Brown was born on March 3rd, 1991 in Rochester, New York. Anthony was born in the history making ice storm that crippled the city of Rochester. News Crews at the hospital dubbed him the winter baby the outcome of something good coming out of something bad. At the age of 6 years old he lost his mother to cancer. Also at that age he witnessed his father go to jail for a 15 year sentence. On his mother’s death bed she asked his grandparents Mr., and Mrs. Leroy and Faye Brown to raise him. Anthony attended the best private high school in the City of Rochester School of the arts. Anthony majored in graphic design and fine arts while in high school. Anthony begins poetry during middle school around the age of 13 at 14 he begin using those skills to rhyme.

Anthony’s dreams of becoming a famous mc begin late in his high school career when he attended an open cypher outside before class. He began to rap using a lot of word play and metaphors killing the competition. Ever since that day he started to take rapping much more serious. Anthony began doing talent shows, battles, open miss and song writing. His genre of music is Hip-Hop /early 90’s hip-hip. People compare his use of word play and metaphors to early B.I.G, Jay-z, J-Cole and Common. Roc-Steady has been show cased on local radio stations in Buffalo Ny, Rochester Ny, and has had newspaper interviews and even approached to help upcoming rappers with songwriting. Anthony attends Buffalo State College as a full time college student pursing a degree in Fine Arts he also is a Local upcoming Buffalo Dj he goes by Dj Roc-Steady. Anthony writes music every day. He has six mix tapes out by the names of Ready for fame Vol. 1-3 R.E.A.L, A Million Flows ,Bout That Time and Lyricis. Mixtape titled has been dropped and is on spinrilla.com “R.E.A.L Vol2” Anthony’s(Rocsteady’s) goal is to change the world through music or atleast reach the status of legend in the hiphop game. Grinding constantly every day