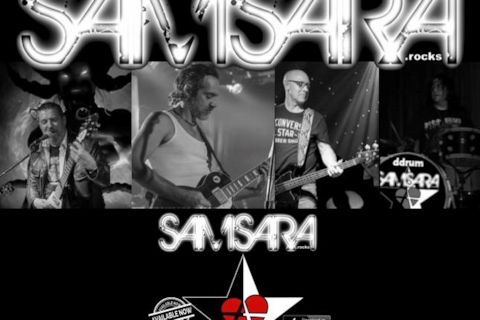 SAMSARA is an Alternative Hard Rock / Psychedelic Rock band formed in Montreal circa '96. Promoting non-violence, intellectualism and Social Justice and aiming to move you both physically and emotionally.

SAMSARA has released 3 singles named "Scraping Crumbs" on October 28, 2017 , with "Reality's Back" and "A Reason for Everything" on January 6, 2018 produced by Jean Francois Mace at Samsara Studio Productions in Ahuntsic-Cartierville, Montreal.

SAMSARA has released "Heart Set On Fire" Independently on CD baby on July 17, 2017. A 7 song LP produced by Kevin Jardine of Slaves on Dope reknown. Featuring Peter Tzaferis from Slaves on Dope and April Hate (Tribute to Nirvana) on drums.