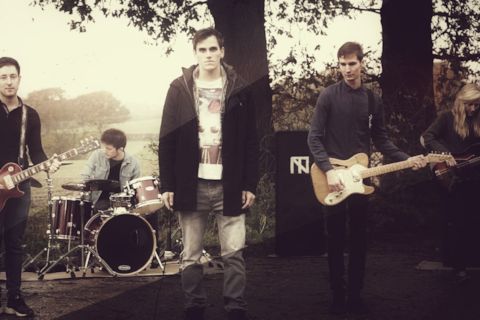 The Novelty are an alternative rock band from Essex, whose creative ambitions to bring a new wave of authenticity to the alternative rock scene begin right here, right now, with the release of their debut EP ‘One’.

The origins of the band were born out of the song-writing partnership between Joe Obuchowski (Guitar) and Jake Schneider (Guitar), who decided to put their back catalogue of song ideas to good use and form a band. After months of searching, advertising and auditioning they recruited Mike Barnes (Drums), Marc Bartholomew (Lead Vocals) and finally Ellie Brown (Bass Guitar).

With the line-up complete, song-writing sessions began for the recording of their debut EP ‘One’. With all band members collaborating to write the music and lyrics, within a few months the songs were finished, Recorded and Released.

Months later the band recorded their debut single 'Vintage Years' and released a music video for the single which can be found here: https://www.youtube.com/watch?v=YD9abMKkpkI