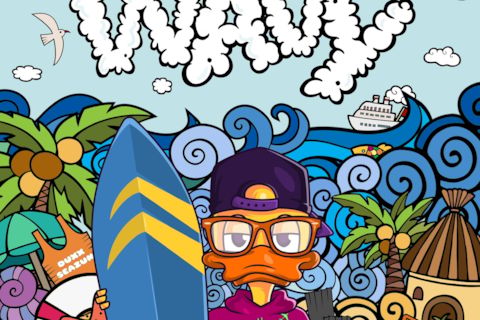 In hopes of pioneering the next generation of hip-hop, came a Norfolk, VA born and Fayetteville, NC bred, young resilient rapper with a dream of bringing the dark sides of life to the light. Going by his moniker, Tony Duxx, young Jay Alston began developing his style and perfecting his craft by experimenting with various instrumentals and even composing some of his own at the tender age of 9. His infatuation with the music he made only began to grow as he got older and soon began receiving praise for his lyrical abilities from his peers. He then knew it was time to take it seriously and was offered to record with a couple of friends from his high school that also sought to pursue their dreams. The result was an onslaught of mixtape tracks that was well received around his high school and local neighborhood. Still, young Tony Duxx wanted to take it further. He was now 17 and it was time to make full length album with all original music. This time, he decided to work outside of his former group and formed another one with his cousin and older brother. The double-disc compilation that came from the collaboration was only the beginning. Today, Tony Duxx is still chasing his dream with the same Major Music label but with an expanded roster. Check some of Tony’s pre-released music and stay tune each week for more.