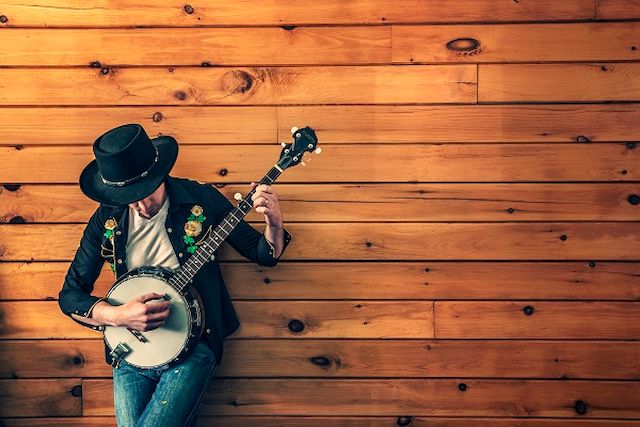 Times sure have changed.

Prior to the digital download boom, most artists were working hard to get signed to a major label. For many, it appeared to be the only way to do what they loved to do and earn money doing it!

Even today, there are still many artists hoping and praying for that elusive big-time contract. The difference is that - now - you don't need label representation to build the kind of career you want.

Labels are looking for artists that have a strong work ethic, and - most of all - are ready to be packaged and sold to the mass market, whatever that might mean. Good looks, talent, a catchy sound... maybe all of the above.

But you don't necessarily have to have "the goods" they're looking for to get noticed, get heard, and earn your keep.

So how exactly are independent artists making a killing without record deals? Let's take a look at a few different areas.

Today, in addition to Kickstarter, there are also music-centric crowdfunding platforms like PledgeMusic, as well as ongoing patronage sites like Patreon.

Of course, it's hard to forget Amanda Palmer's infamous Kickstarter campaign - though it did ultimately become the object of scrutiny and backlash - which earned her pledges totaling nearly $1.2 million!

How about Pomplamoose's Jack Conte, who has over 1,400 patrons on Patreon that offer him a sum of over $5,000 per video he produces?

Crowdfunding platforms are offering bands and artists unprecedented opportunities to leverage their fan base and monetize it.

Are you taking advantage of crowdfunding?

Some artists are really making a go of it on YouTube.

Does it work for everybody? No. But if you can consistently offer something unique and engaging, and build a substantial following, you can earn quite a bit of money on YouTube.

Shannon Hurley is just one example of an artists that's able to pay her rent from the money she earns on YouTube alone (CD Baby).

But it has been speculated and debated as to how much of a cut artists actually take home from their overall YouTube earnings, and according to the aforementioned Mr. Conte, it's not that significant. That was one of the reasons he started Patreon in the first place.

Getting your music placed in a popular TV show, commercial, movie or video game just might be your ticket to widespread commercial exposure.

Juno award winning songwriter and artist Helen Austin has often shared about how she gets her music licensed.

Now, let's be fair. Austin actually spends a good chunk of her time (if not the majority of it) pursuing licensing opportunities and producing targeted content based on the current demands of the market.

Artists and bands that are continually churning out recordings and are touring hard to support their albums may still have the chance to get their music placed, but could find it a little more challenging unless they team up with someone that can regularly submit their music and build industry connections.

But there's no denying that it is a way for artists to earn a living and even a killing. Is it right for you? Give it a try to find out.

There are plenty of other ways for independent artists to make a killing, and in some cases traditional routes like CD sales and touring can actually be lucrative.

Oftentimes, going after your dream means disregarding a lot of the editorial and opinion that's floating around, and giving your chosen medium your best shot.

Haven't found your niche yet? Keep trying, because you never know what might connect.