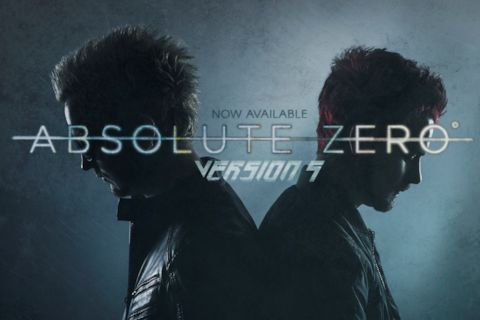 Version 5 brings an addictive blend of rock and electronic instrumentation that grabs the listener and hits them with catchy hooks that won't let go. This quickly caught the attention of multi-platinum record producer Jeff Blue (Macy Gray, Linkin Park), and in December of 2013 they recorded 3 singles, which are now available on major online retailers.

Version 5, or [v5] is an electronic rock duo featuring brothers Andy and Spencer Olson. They got their start playing music after their Grandfather (a Midwest Rock & Country Hall of Famer) bought them their first guitars in 2003. After playing with numerous bands and lineup changes, they decided to strip it down to a two-piece in January of 2013.

[v5], create an inventive live feel from blending live vocals and instrumentation while also implementing and triggering beats and industrial style effects. This creates an infectious combination of rock and electronic/industrial (“Elo-Rock”) that is perfect for fans of Nine Inch Nails and Linkin Park.