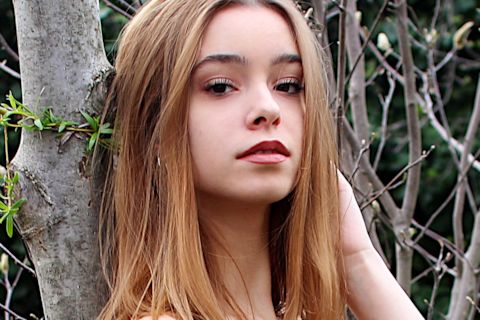 Antonia Radulescu emerged in the music scene at a young age, discovering her voice by filming Youtube covers with her sister and participating in various music contests, local concerts and festivals, where she showcased her pop, R&B and soul roots and made a great impression.

Born on January 28, 2005 and raised in Timisoara, Romania, she started her career there and received high accolades and recognition. She began to play the piano as a child, taught herself how to play the guitar and ukulele and took lessons in vocal technique. At only 12 years old, she composed and performed her first two songs at StundentFest in 2017.

Antonia Radulescu, as an independent artist, at 15 years old, released her first single, called “Nobody”, written and composed by her. “Nobody” is a pop song that has a happy and positive mood, with R&B genre influence. It speaks about love and the pure feelings that come from it. It spreads good vibes all around and encourages people to fall in love with everything.

Her music connects with all people, and through her art, Antonia wants to introduce you to her own world, where you might also discover a little bit of yourself.

Antonia is ready to share her music with you and help you see the world through her eyes. Hopefully, this will make you tap inside and find new meaning that has always been there, waiting to be revealed.