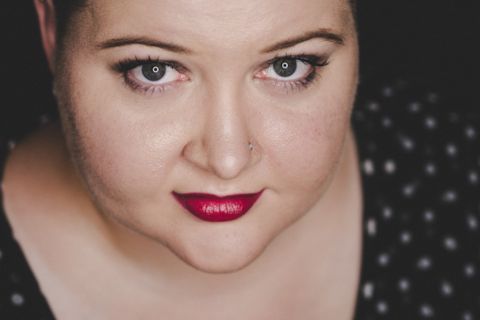 "Do not be too timid and squeamish about your actions. All life is an experiment. The more experiments you make the better." - Ralph Waldo Emerson

Chantelle Constable is a renaissance woman, unafraid to try new things, to fail, to be reborn.

Between a childhood love of MGM musicals and a classical music training, her primary passion is bringing historical music to light for a modern audience in the 21st century. Although, true to "Scanner" form (to borrow a term from Barbara Sher), her musical genres span a wide range from original classical crossover ballads and Laurel Canyon-esque noir folk, to early 20th century Americana-Electroswing: currently in the pipeline.

Chantelle has craved the spotlight from an early age; once carrying around a mini cassette recorder and singing nonsense songs for the sake of playing back her own voice. Since 2010 Chantelle has had the privilege of taking many a turn upon the stage, from West Side Story to starring in Funny Girl and donning the wig of Tobias Ragg in Sweeney Todd, to playing in the pit orchestra for The Rocky Horror Show, Jekyll & Hyde, and music directing Hair. As an unabashed ham, she makes up in silly charm what she lacks in dancing skills!

Another facet in Chantelle's career has been her brief gigs as a rock goddess as lead singer & keyboard player for Lithus (prog rock) and Echopod (synth rock) from 2011 to 2017. Echopod recorded and released an EP entitled "Artifacts" in 2015 which is available from all major distributors.