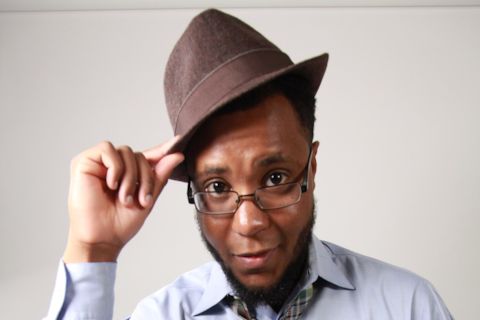 Looking for a fresh new Hip Hop Artist? Hungry for transparent music? Than give this emerging artist a listen.

C.U.L.T.U.R.E. born Enoch Augustus hales from the city of Marble Steps (Baltimore MD.). C.U.L.T.U.R.E. although born in the early 80's was raised in the era most consider the last Golden era of Hip Hop, the 1990's. These influences can be heard and traced thru his delivery, concepts and mostly his view points on life, love and religion. In his own words "my music is not a time stamp, but a constant growth in a philosophy that has been constructed from my interactions with the world that surrounds me, the cultures that shape the universe as we see and know it". His first official release was a mixtape simply titled "Growing Pains". This is a concept that follows C.U.L.T.U.R.E. from the early 2000's till most recently, a lyrical autobiography. So if you are looking for lyrics and a honest non watered down approach to Hip Hop then get to know this artist. Because as he often states Subject Does Matter . From "Thicker than water" to "My Zone" his music makes you dream and inspire to live for a higher purpose. In ending with C.U.T.U.R.E.S. favorite saying Peace and One L.....