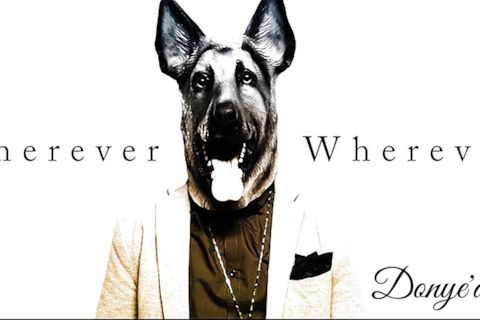 Bearing a variety of hats Donye’a G. has developed a status in the music industry by revealing his talents as an Artist, Producer, Song Writer, Recording and Mixing Engineer. Possessing an interest in eclectic genres of music has allowed him to work with a number of well-respected and credible artists in the business.

Donye’a G. was born in Carson, California and spent a majority of his life in Rialto and Rancho Cucamonga, California. He discovered his gift at age seven as he witnessed and imitated other musicians in his family. His father and uncle played the drums and keys for various bands like Kiddo, Parliament and Rose Royce, while his grandmother owned a Gospel label and had her own group.

Becoming aware of Donyea’s passion resulted in his family offering him a bass, guitars and drum sets with the intent that he would use these instruments to perfect his craft. These tools in combination with experiences and visuals of his everyday life are a formula for his inspiration.

“As a little kid and even now everything I see and hear is taken to me as inspiration.”

During his elementary and high school years Donye’a G. continued to pursue his dream of becoming a musical icon. Although growing up he admired legendary groups and artists like the Temptations, The Neptunes, Michael Jackson, Andre 3000, Usher, and Prince, his goal at the time was to follow in his family’s footsteps and permit others to join him that were looking to attain the same musical achievements.

After high school Donye’a G. was granted an opportunity to work for Raphael Saadiq while attending school to become an engineer. Paying his dues, upholding a humble spirit along with being a student of music and business has rewardedDonye’a G. by giving him a chance to work with various artists and labels.

When Donye’a G. is not working to complete tasks for well-established entertainers he is dedicating his time