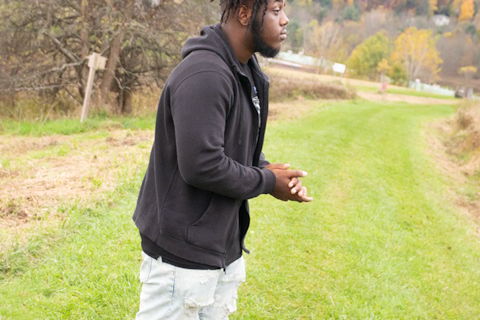 Francois is a 20-year old American emo rapper singer-songwriter with heartfelt lyrics, passionate vocals, and an honest, emotive delivery often compared to Juice WRLD, XXXTENTACION, and Lil Peep. He writes his music from a very honest and personal perspective, crafting engaging stories and developing melodies while bringing the excitement of his music to life. Infusing an instinctive acoustic guitar-led writing and has a natural taste for Hip/Hop, RnB, and Pop melodies. He has found inspiration in famous artists like Juice WRLD, XXXTENTACION, Trippie Redd, Ed Sheeran, Shawn Mendez, James Arthur, and Lewis Capaldi. His debut single, ‘Falling’ released in December 2019, highlights his acoustic roots with soft-spoken lyrics and a message listeners never forget...

Raised in Scotchtown, New York. Francois began learning to play guitar at the age of 14. He grew up always loving gaming and music. Music was a big part of Francois’s childhood and helped him battle depression and anxiety growing up. Francois started to record music when he was 17 years old. Francois started off making music for fun. But, now he creates his music as a way of self-therapy.