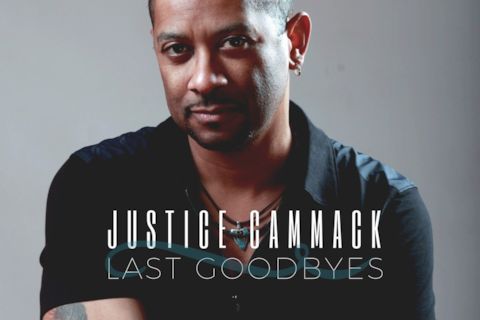 His influences include John Mayor, Seal, Santana, Chicago, The Eagles, Bon Jovi, Isley Brothers, Journey, and Toto to just name a few. He considers these artists to be just as amazing at writing lyrics as they are at composing beautiful music. Justice says that because of these influences, his music became a fusion of rock, pop, and soul. His music and lyrics reflect his life experiences and explores the inner workings at the heart of relationships. Justice’s style of writing is real and reflects everyday life. He says that music is an extension of his being and will grow everyday as he strives to grow.

Justice’s CD, Last Goodbyes (released on SWE Records), is loosely written to follow a true story discussing the lessons that can be learned on the roller coaster from finding true love, to heartbreak, to healing. The 14 song CD is a full range of experiences and emotions. His new CD, Stargazer Chronicles: Book I, is slated for release this summer 2021.

Justice has over 20 years of stage performance under his belt. With the various acts Justice has performed with, he has had the honor to open for acts including: Joan Jett, Mint Condition, The Cover Girls, The System, Expose, The Temptations, Larry Graham, Grand Funk Rail Road, Blood Sweat and Tears, Keith Sweat.