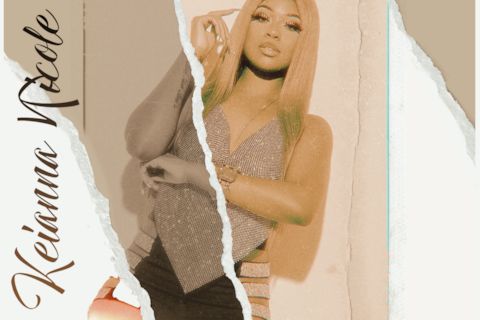 Keianna Nicole is a singer/ songwriter, model and entrepreneur known for her broad vocal range. This Alabama born songstress moved to Atlanta, Georgia in 2015, earning her significant recognition following the release of her hit single “Love Is In The Air” that globally charted #200 on DRT Airplay Charts and #81 on the Independent Artist Radio Charts. Keianna's latest hit single "Where's Your Heart" has ranked in the top 150 on the DRT Airplay Charts 3 weeks in a row.

With a guitarist father and producer brother, Keianna Nicole is no stranger to the music business. She’s shared stages with Motown Records’ Malachiae Warren, Keke Palmer, Toya Wright, Erica Mena, Cynthia Bailey, and many more. With a fiery passion for music, powerful yet effortless vocals, and a superstar image to follow; Keianna Nicole’s voice is said to be in a class of its own. She’s trained with Tasha LaRae the infamous international singer/songwriter, and 2X Grammy Award Winner vocalist, and has also worked with vocal coach James Slaughter who’s trained the likes of Latoya Luckett, August Alsina, Lloyd, Ashanti, and TI. Keianna Nicole is truly a premiere artist and takes her craft seriously, giving it her fullest focus and attention. A work ethic which she credits to her father whom she considers to be the epitome of discipline.

Having performed at the Sweet Auburn Festival, Atlanta Ultimate Women’s Expo, the Atlanta Fashion Awards, and the All Female Apollo Showcase, to name a few, Keianna Nicole is now preparing to release her (7) song EP "Best Regards" which includes her hit single, “Where's Your Heart” and "Flames". A new single off of this romantically-themed EP will be released every 6 weeks and expresses a variety of relationship tales from butterflies to heart-throbs, and heart-ache to getting back up after defeat.