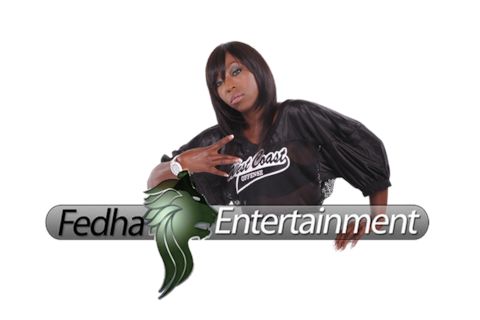 She began her quest for rap by writing poetry and quickly incorporated her poetry with beats. It was obvious Kitty had lyrical talent, but after hanging out with friends and other inspiring rap artist, Kitty listened to some of the boys in the rap game speak a lot about their experiences with women, both good and bad. She knew she had something to say in response and writing poetry had always been a way of expressing herself however, it wouldn't be enough.

Soon after rhymin for her peers, the female rapper began being asked to perform at local events, clubs, hair shows, and street fairs. In August, 2005 KITTY opened for Brook Valentine at a popular HIP/ HOP club in Southern California and has been performing all over the country since.

She has opened shows for some of the best in the business and worked in studio with some other lyrical/production talents including The Eastsidaz, BattleCat, Fred Wreck, Suga Free, Kurupt, Daz, Butch Cassidy,Chill of CMW, Lil Half Dead, and last but certainly not least, legendary West Coast Rapper Bigg Snoop Dogg himself. Just to name a few. Although working with these various artist was nothing short of a great an amazing blessing, it was the encouraging words of Snoop himself that assured the rapper she had spit, and should move forward to pursue music as a career.

Since KITTY's extraordinary beginning to her rap career, she has been able to release her first album, "Makin' All Dogz Meow", which has been selling very well online as well as on the streets. KITTY was also able to open for E-40 on New Year's Eve at Caesar's Palace in Las Vegas which gave her a whole new aspect to her fan base. She is continuing to do showcases and open for other acts throughout the West Coast and special events all over the country. When her mixtape, "The Green Mile