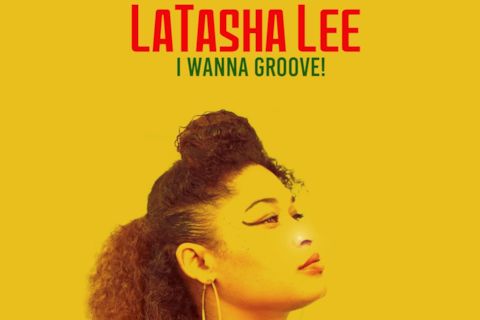 Latasha Lee, Corpus Christi, Texas-bred, showed her mother, Michelle Crayton, at an early age that she was destined to perform. Latasha (who cites icons such as Aretha Franklin, Etta James, Sam Cooke, and Otis Redding as influences) knew her sound needed to contain the raw essence of these artists to complete her own vision.

Fast forward a few years to the age of 20 when she caught the attention of Universal Music Group signed platinum producer, Salih Williams. In 2006, she signed to Salih Williams’ production company, Carnival Beats, and immediately started songwriting with him to create the Latasha Lee sound. In 2012, she made it to the top 50 spot on the top-rated television show X-Factor.

In 2013, Latasha released her self-titled album on the Carnival Beats Soul imprint along with 17 compelling music videos on YouTube. Through extensive online and offline marketing, she developed a fast and still growing fan base. On October 4, 2013, Latasha Lee & The BlackTies performed live for the Austin City Limits Music Festival. Ms. Lee has also been featured on many radio and blog sites such as: ThisIsRnB.com, Verbicide Magazine/UK, RedBullSoundSelect.com, Echoes Magazine/UK, the Bob Edward Show plus various internet radio and blog sites around the world!

Additionally, Latasha Lee & The BlackTies have performed throughout the US, drawing large crowds and leaving them wanting more. There is even a healthy buzz growing internationally in places like Holland, New Zealand, and the UK. Her soulful voice cuts cleanly and crisply through the music with a groove that slices directly to the heart with honest power. This music and her genuine heartfelt delivery come across with grit, teeth, heart, and soul!