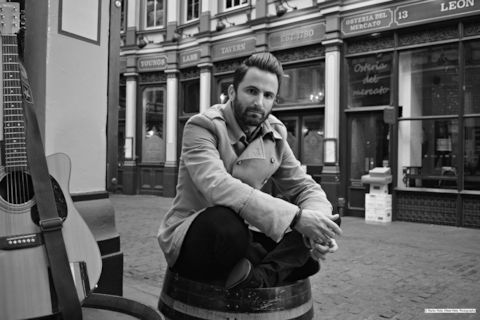 Mark Mathews is a London based singer-songwriter who writes catchy, indie-pop tunes with a folk edge. He has been voted one of the best artists in London by readers of the Metro newspaper, awarded first place in the Indie International Songwriting competition, nominated for 2 Indy Music Awards for best live act and been played on BBC Introducing.

Mark has continued to tour both the UK and the world, performed with Andy Fairweather-Low, Dodgy, Frank Turner, Nigel Clarke, Luke Toms, The Draytones and Dan Le Sac and released 4 EP's and one album during that time.

In search of a new and exciting direction, Mark has taken it upon himself to release a track every month from January 2017 culminating in a brand new album (Carrier bag your career is over) at the end of the year.