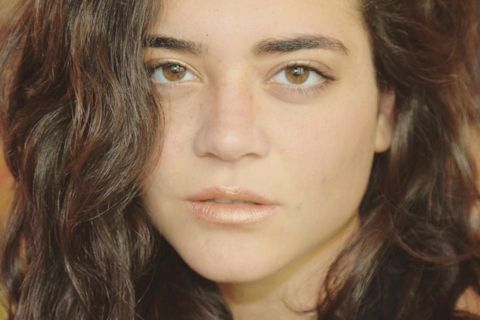 Minerva of the East

Yasemin Türk (As known as Minerva of the East) (born September 24, 1997) is a Turkish composer and sound designer.

Yasemin Türk started to have interest in music at an early age. She started to take violin and piano lessons when she was 9 years old but she couldn't continue her lessons because her teacher had to leave due to her university career. Yasemin Türk developed her musical skills by herself.

In 2014, Yasemin Turk applied to an international exchange program called American Field Service. She studied in Italy for one year and improved her Italian language skills.

Türk started studying at Ege University but she contunied her studies at the University of Vienna. She is currently studying American and English Studies.

Yasemin Türk is interested in the American culture. She gets inspiration from the Native Americans. She wants to make researches about the Natives and reflect them to her upcoming songs. She is currently living in Vienna, Austria with her brother.She believes that science and literature are connected to each other.That is why she released her song "the Arrow of Time".