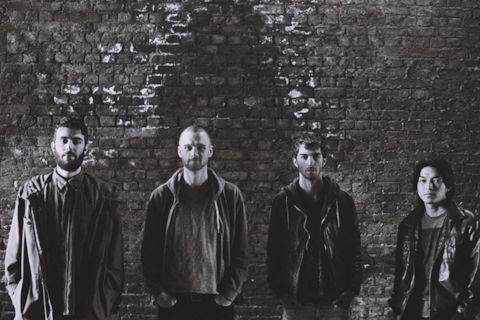 Remote view is a London based 4 piece pop fusion band. Formed in May 2012, by four music students from the Institute of Contemporary Music in Kilburn, the band has since been pushing the boundaries of pop/funk music by infusing each member’s very different musical background. Raphael Litzistorf (lead singer/guitarist) comes from Switzerland, Daniel Lau (guitarist) from Malaysia, Matt Winter (bassist) from the UK, and Luca Romano (drummer) from Italy. The four of them now find themselves living in the UK trying to pursue a career within the music industry.

People tend to listen to all kinds of different music in the current generation, and Remote View are no different as their music blurs the lines of genre categorization while still boasting a unique identity and sound.

After releasing their first EP in Sept 2013 with relative success, the band has gone on to play the Eurosonic Festival in the Netherlands and The Camden Rocks festival. The Punk Archive has written a glowing review of their live performance during the Camden Rocks festival branding Remote View “one of the highlights of the day” and a band that “embraces so many different styles of music in their set and are a complete package”.

During the summer of 2014, half of the band went on a busking and travelling tour across Europe to sample the life of a travelling musician and to share their music. They met a filmmaker during this trip and created an uplifting and beautifully captured short documentary which can be seen on their newly launched website.

Their latest single, “Don’t Bother” which is a rocky, groovy, attitude driven tune which embraces the defiant message of believing in yourself against the backdrop of a negative society has also just been released on youtube. This track is to be the first in a 3 track EP which the band is currently working on.