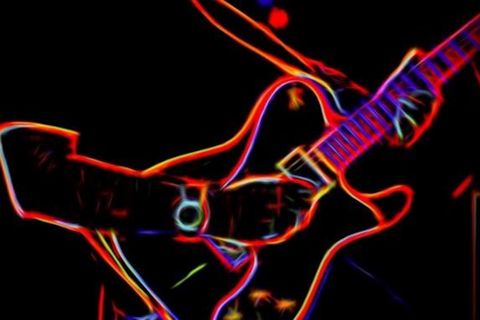 BMI recording artist Scott Bounty bought his '75 Telecaster Deluxe in '76 and has not put it down since. He was influenced early by CSNY, Cat Stevens, America, Traffic, and quickly Led Zeppelin, The Rolling Stones and more. Scott played at age 16 in Battle of the Bands Ridgefield CT, (current location of the Ridgefield Playhouse) winning first place after only two weeks of rehearsal with his Redding CT band-mates, most of whom went on to the Berklee College of Music.

Playing in the CT/NY area, in the 80's Scott was in a band with the nephew of Felix Cavilier (Young Rascals), in the 1990's Scott played briefly with the bass player from "Steam" - who had the record hit "Na Na Hey Hey Kiss Him Goodbye".

Scott has met legendary Warren Haynes, and discussed music with Devon Allman, Cyril Neville and Mike Zito. Scott even had a quick discussion with Frank Zappa, while in Hartford CT.

Scott contined his songwriting and recording. In 2011 he released material with "Close to the Road" from Redding CT, where he played lead guitar. The songs recorded where "Sarah's Song" and "Ghost Girl" both written by Frank Meehan and available on iTunes, Amazon, etc.

In the summer of 2015 Blues Award winner Devon Allman sat in with Scott's band "The Uncovered Band". Devon has had a #4 Billboard Blues Album "Ragged and Dirty".