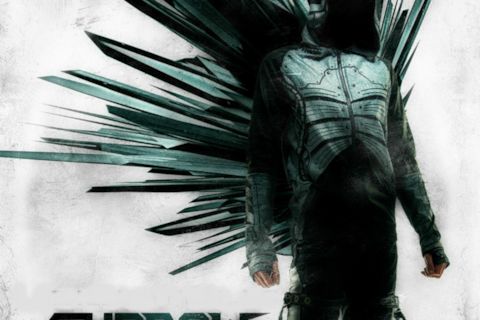 Shadow System is versatile, versatile, curious and inspiring. The tracks are intense and the style changes constantly. Anyone expecting the usual Utz-Utz-Utz or Lounge / Chill Out rushes will be surprised and fall into an abysse universe, a world full of beats and some ingenious soundplays. Shadow System is powerful and dark, unlike what is released from most laptops on the dance floors

From the dark recesses of Adam's mind Shadow System début album Dark by Design in 2012 and quickly got noticed in music connoisseur circles and praise from Future Music magazine and others and became 2014 nominee for best electronic artist at the Artists In Music Awards in the USA . Shadow System went on to play Belfast,Dublin and eastern Europe’s biggest alternative festival Castle party in Poland and a private DJ set in Budapest Hungary. Adam went on to run into Ben Watkins Juno Reactor, Paul Hartnoll Orbital, Juan Atkins Model 500 Liam Howe Sneaker Pimps with the added inspiration and the force de sound Adam throws a different flavor for the electronic genre bringing a colder aswell as exploring dark human psychology and introspective philosophy Shadow System Ubiquitous Evil OUT JULY 4TH 2017 is the highly anticipated second album with appearance from Juno Reactor, Imperative reaction, LEVEL 2.0 and Exemia this album brings more musical ambition for shadow system and concreting a begin of a cult act for N.Ireland music scene and further in the wider world.

and continuing to build more fans. Industrial/EBM music is one of the most diverse and multinational genres in all of music and no one may prove that more than Shadow System.