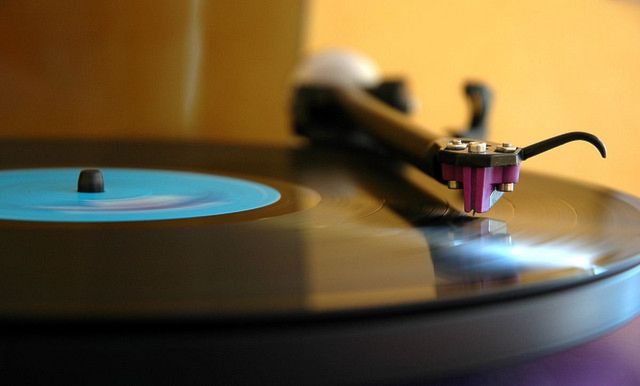 Vinyl records have been going through a bit of a resurgence lately. Weird, huh?

In fact, this trend has been in the making since about 2008 (The Vinyl Factory), but we're just now seeing some of the effects of it.

The trend is the same in the US where 9.2 million vinyl records were sold, which was an astounding 52% increase over the previous year (TIME)!

Vinyl is even finding a niche in locations such as Singapore.

Streaming is also growing in popularity, but digital downloads for songs and albums are on a downward trend.

Why is vinyl making a comeback?

Well, some of the primary reasons were initially thought to include nostalgia. That notion seems a little off-base at this point.

It isn't just the 40+ crowd that's still rallying behind the greatness of records.

Is it possible that vinyl records will become the preferred music format of the future?

Why Vinyl Is Popular Again

As it turns out, your grandpa & grandma (or maybe your mom & dad depending on how old you are) weren't crazy. Vinyl really does provide a rich and warm listening experience.

You know how most music today is really loud and is squashed and compressed to death? Well, maybe not if EDM is all you listen to.

Regardless, it's true. In the last decade or two, many audio engineers have been pushing the envelope to see how loud a recording can go.

When a whisper can be heard as loud as a scream, you know you have issues.

Well, there's a little something called dynamics in music that has gone mostly underappreciated in recent years, and that's something you can really hear on a vinyl record. This allows music to breathe in a spectrum of quiet to loud, unlike a compressed MP3 file.

Dynamics is a key layer that has been missing in modern music, but has almost always been a part of the analog experience.

Another attractor to vinyl is the physicality of it. Up until CD ripping and digital downloads, music was still a tangible product. You could buy a CD in a case, bring it home, open the cellophane wrapper, place the disc in your player, and read the liner notes while you listened.

Vinyl, by its sheer size, provides so much more opportunity for a real connection to happen between the fan and the artist.

How To Get Into Vinyl

If you want to listen to vinyl, you're going to need to get a vinyl player.

Fortunately, there are plenty of options out there these days, and you can get players starting at £28 or $43 on Amazon, ranging in price all the way up to £120 or $185 or more.

Some are obviously better than others. The key is to do your homework, read the reviews, and find one in a price range that works for you.

Also, be prepared to pay a little more for vinyl albums than you're use to paying for digital downloads. If you used to buy CDs back in the days, the prices are pretty comparable (5 to 20 pounds is typical), but if you happen across a rare vinyl that you want (like some of the original pressings of David Bowie's Space Oddity), be prepared to fork over a lot more.

Finally, there's one more thing you should know about, and that's the vinyl listening experience.

It's considerably different that the digital mix tapes you may have become accustomed to. Once you put on a vinyl, you're a little more committed to listening through the entire thing.

This is a really good thing if you want to enjoy the purity of music, and appreciate its layers and depth. It might take a little getting used to if you're used to multitasking and being bored all the time though.

Maybe, instead of impulse buying everything you see, take some time to find albums that can hold up to multiple listens, are "vinyl-worthy" and really get immersed in the sound-scapes that the artists create.

Get ready to really experience music again, because vinyl is one of the few mediums that puts you in a place to appreciate the art form.

There is more choice available to you now than ever before, so finding your favorite artists on vinyl should only get easier in times to come.

Will records continue to grow in popularity? It's hard to say, but in the immediate future, it definitely looks like they are here to stay.