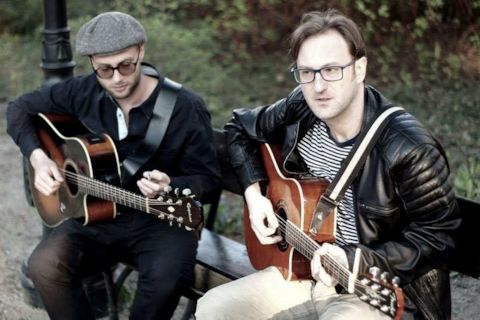 The band STEFSKI & HUTCH is mixing indie-pop and classic rock songs with bizarre ideas from different origins. The band started as a duet, when Stefski the singer-songwriter met Hutch, the guitarist, arranger and band-leader.Stefski and Hutch have first started working on recording a few songs together. Then they thought they will be performing as a duo since it sounded cool and fun.So expect to hear live a duo of (mainly) acoustic guitars and voices. It is not about the technology but about the melodies, the songs and the human factor in music. The band is based between Warsaw, Poland and Paris, France, that's why they chosed to write and sing songs in english so everybody in Europe and beyond could possibly understand the "message". But, is there a message? That's for You to find out!