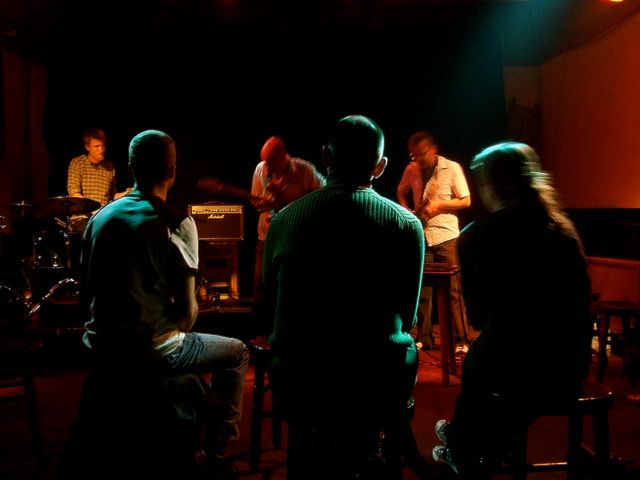 Did no one show up to your gig? Is your turnout smaller than expected?

Unfortunately, it happens, sometimes even to the best of us.

But the show must go on, right? You've committed to playing, and even if the bar manager or event planner is glaring over at you, you have a responsibility to those who came out to see you.

So, how do you handle a small crowd? Let's take a look.

Choose To Have Fun Anyway

"I'm sorry, the fire marshal has just informed us that you are crowding the stage, and someone could get hurt, so you're going to have to move back a foot; thank you!"

You're sure to get a bit of a rise out of the people at the venue if you have a good sense of humour about the situation.

After all, you've probably been practising in your basement for a few weeks anyway. What's wrong with another practice session in front of the small crowd?

Take some Instagram photos from the stage, and make your fans aware of how much fun they're missing out on.

A good attitude in the face of a trying event is going to lighten the mood significantly, and maybe the staff that took the long late-night shifts will stop talking behind your backs, too.

If you're playing to a small crowd, why not make it a little more intimate?

If you have acoustic instruments with you, why not play an acoustic set? This could be a little tricky for a metal band, but if you're adequately prepared, you can make it happen.

Talk to the people that came out; from the stage even! There are no rules against having conversations, and you might as well involve those that are there.

If you're going to play a popular cover song, maybe ask someone from the crowd to come up and sing it. No one's going to ruin your gig (well, you might want to watch out for those who've had too many adult beverages).

There's no way for you to be quite as personal at a big gig anyway, so you might as well see this as an opportunity to connect.

Depending on the venue you're playing in, the owner or manager may choose to shut things down early.

Whatever the case, make sure to stay flexible. You don't want a simple mishap to tarnish your reputation with local venues for the rest of your music career.

If you're easygoing, and you're willing to adapt to the situation, you can keep your positive reputation intact, and maybe they'll even have you back again. Maybe.

If the audience is small, there's always a chance that the event planner will want to change things up, so be willing to flex. No, no, not your biceps.

Learn From The Experience

If people didn't come out to your gig, there might actually be a reason for it.

Did you book your show during the cup final (oops)?

Did your show just happen to land on a date with bad weather conditions?

Is there a parade or street festival going on outside as you're playing?

After all, there are no failures; only learning experiences.

You could be a little more strategic about when you book your shows in the future, or you could find some other venues to try.

Either way, now you know, right?

It can feel a little disappointing if things don't go the way you hope they do, but for better or for worse that is the life of an artist.

It takes time to get recognised, and be appreciated for the music you create.

You almost certainly aren't the first to play to an empty bar or coffeehouse!

So don't worry too much about what went down. Keep your spirits high, and keep trying. You need to give yourself and your music a fair chance.